Jegath Gaspar Raj  is also the founder of the Naller publications, a book publishing company.

Naller Pubications was formed by mainly to publish an Anti- Indian Unifying Tamil Separatist books by praising Tamil and attacking Sanskrit, by avoiding all rules of Linguistics as accepted by Oxford/ Harvard and other Indternational Univerisities.
Tamil Maiyam is another Weapon of Santhome Church, so that it is not launched by Christian Church but Tamil Group. Santhome church also gave M.Karunanithi for his life time support to church, and Tamil Maiyam helped M.Karunanithi launch his daughter Kanimozi in to Politics 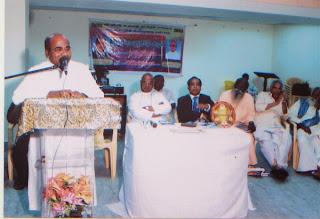 M.S.Victor with Archbishop Chinnappa and Deivanayagam 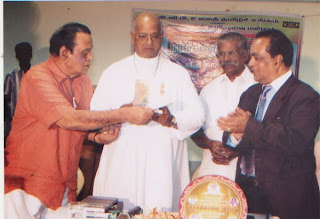 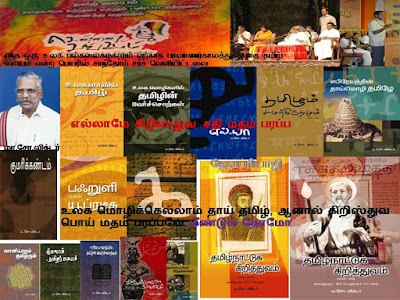 Dr.M. Anandakrishnan was speaking at the launch of ‘Naller Publications’ organised by Tamil Maiyam, a not for profit organisation dedicated to promoting Tamil art, literature and culture, here on Friday. Apart from linguistic research, the publication would focus on social and political research, said Jegath Gaspar Raj, chairman, Naller Publications.
During the launch, 20 books authored by M.S. Victor, a Tamil scholar, were released. These books dealt with Mr. Victor’s research on the similarities between Tamil and western languages, and included titles such as ‘Tamil and Hebrew’ and ‘The Babylonian Tamizh.’
Fr.Jagat Casper Raj  Was part of Santhome church which made an institution called Tamil Maiyam and this was used to launch M.K.Kanimozhi  in to Politics. This Fr.Casper Raj was freely moving with LTTE, and finally they said he is a Traitor.
Fr.Jagat Casper Rajand Tamil Maiyam office were raided by CBI in connection with 2G Scandal. Father spoke in to it openly supporting the Accused and involving Caste Angle to it. Used Musician Ilayaraja for Christianising Thiruvasagam

How NGO too became a dirty word 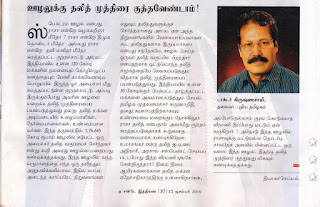 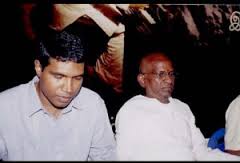 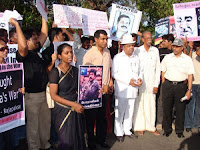 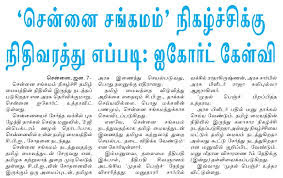 http://www.newindianexpress.com/columns/article173963.ece
Andimuthu Raja, the tainted ex-minister, has also charmed NGOs. Jagat Caspar, a synthetic priest wearing designer clothes and travelling in upmarket SUVs, is a well known associate of Kanimozhi and Raja and was raided by the CBI recently. His NGO Tamil Maiyam, of which Kani is a trustee, has been organising folk festivals in Chennai with heavy funding from Kani’s father’s government. When the local media exposed special government orders being passed to release funds to this NGO, Jagat Caspar and Kanimozhi called a press meet to declare that all accounts of the folk festivals would be put up on their website immediately after the festival. Two annual festivals have gone and nothing has appeared on the website yet.

The discrimination between classical artistes and folk artistes in the festivals has also been exposed in the local media. Jagat Caspar, by his own admission, has been a mediator for LTTE during the last phase of the Eelam war.
When the spectrum scam rocked Parliament recently, Jagat Caspar and Raja’s friends organised&nbsp; a public meeting to condemn the media for irresponsibly hounding Raja. The meeting in defence of Raja was presided over by another NGO honcho AS Panneer Selvan, who is head&nbsp; of PANOS&nbsp; South Asia. The posters and advertisements&nbsp; for the function carried his designation with PANOS to lend credibility to the meeting. 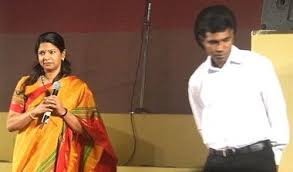 Imaginary Root word Method is false
On Tamil BEING the First Language of the world etc., and saying all world language roots are Tamil by imaginary splits of words .
Devaneya Pavanar above ideas are fringe ones and mainstream linguists, geologists and historians do not acknowledge them to be true.'
Knowing this  fully still Church does this, this is a continuation from  Devaneya Pavanar from 1931,
or rather from Bishop Caldwell attacking Brahmins in the name of Tamil .
Devaneya Pavanar Ideas have been rejected by all universities, but still Santhome church resurrect this with M.S.Victor.
Tamil Desiyam is promoted with One Bangalore Guna whose full name is Samuel Gunaseelan 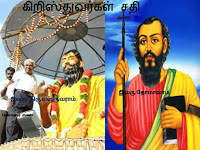 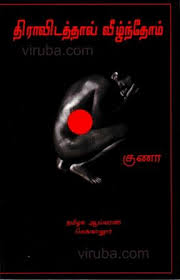 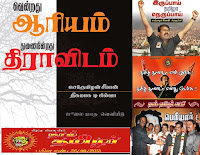 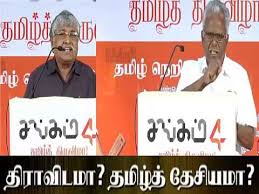 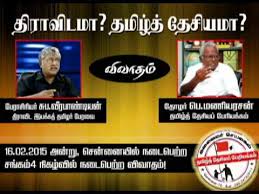 Church universities are used to give Doctorate to Politicians 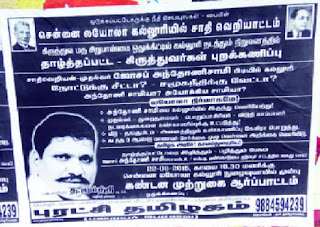