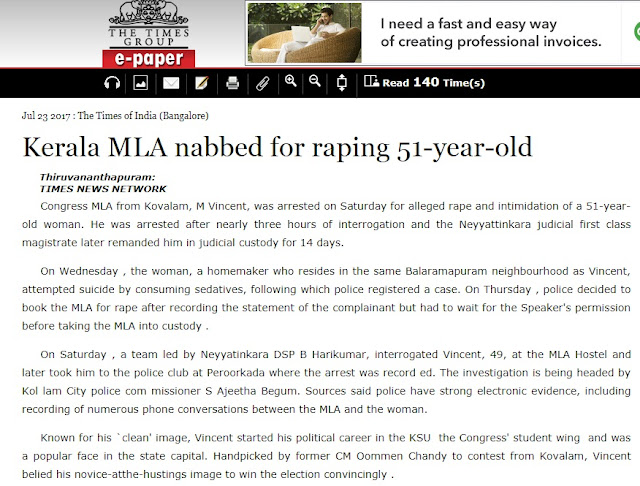 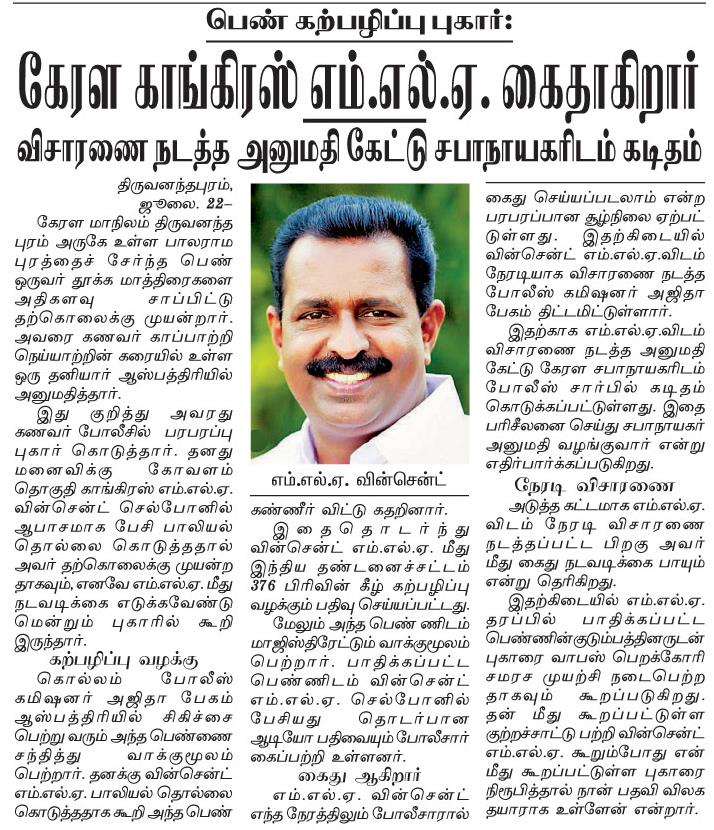 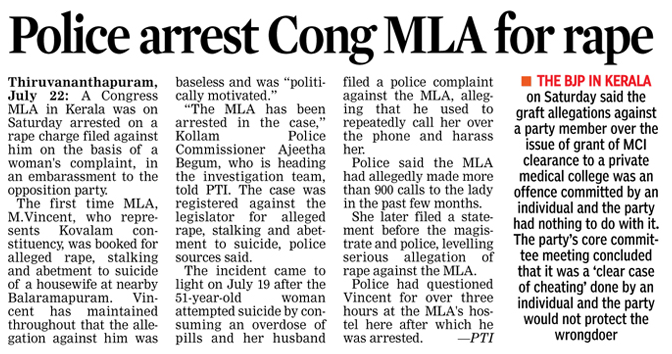 Congress MLA from Kovalam, M Vincent, was arrested on Saturday for alleged rape and intimidation of a 51-year-old woman. He was arrested after nearly three hours of interrogation and the Neyyattinkara judicial first class magistrate later remanded him in judicial custody for 14 days.On Wednesday , the woman, a homemaker who resides in the same Balaramapuram neighbourhood as Vincent, attempted suicide by consuming sedatives, following which police registered a case. On Thursday , police decided to book the MLA for rape after recording the statement of the complainant but had to wait for the Speaker's permission before taking the MLA into custody .
On Saturday , a team led by Neyyatinkara DSP B Harikumar, interrogated Vincent, 49, at the MLA Hostel and later took him to the police club at Peroorkada where the arrest was record ed. The investigation is being headed by Kol lam City police com missioner S Ajeetha Begum. Sources said police have strong electronic evidence, including recording of numerous phone conversations between the MLA and the woman.
Known for his `clean' image, Vincent started his political career in the KSU ­ the Congress' student wing ­ and was a popular face in the state capital. Handpicked by former CM Oommen Chandy to contest from Kovalam, Vincent belied his novice-atthe-hustings image to win the election convincingly .