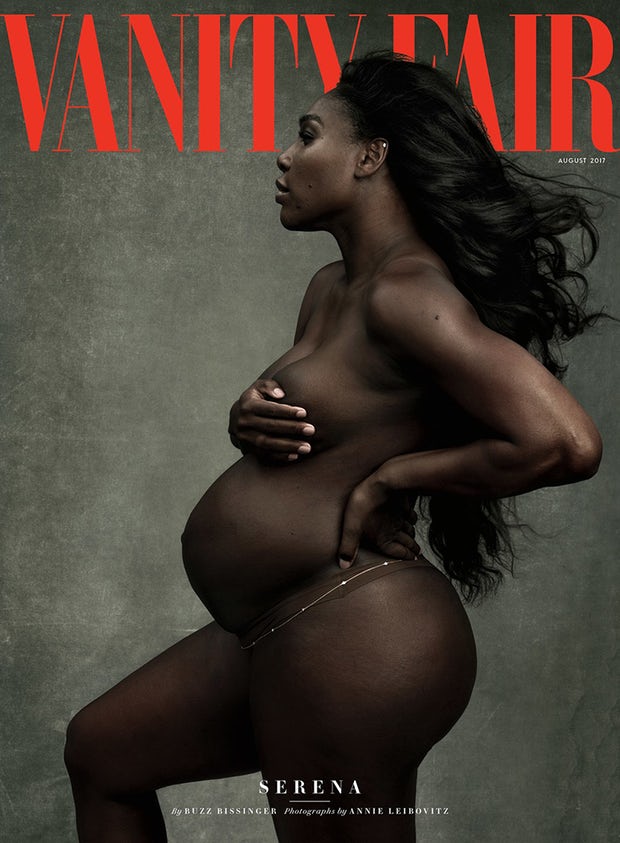 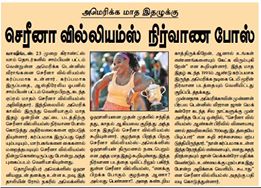 Serena Williams and her pregnant belly are featured in a nude photo on the cover of the most recent issue of Vanity Fair, unveiled on Tuesday. 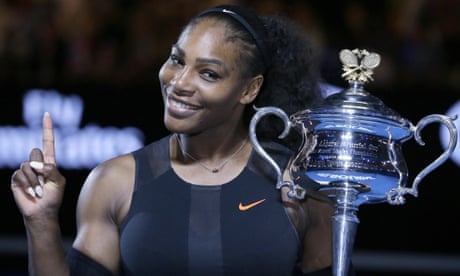 John McEnroe: men and women should play each other to solve Serena question

Read more
The photograph by Annie Leibovitz depicts Williams, who has won 23 grand slam singles titles, in front of a stark background, nude except for her hand in front of her breasts and a waist chain.
Williams announced her pregnancy in April, posting a Snapchat photo of herself with the caption “20 weeks”. In an interview with Vanity Fair, she said she learned she was pregnant just before the Australian Open, which she won.

“This is kind of how I am right now. This is happening sooner than later, and it’s going by so fast.”
She is having the baby with her fiance, the Reddit co-founder Alexis Ohanian. The article accompanying the Vanity Fair photo tells the story of their relationship.


Williams shared an image of the Vanity Fair cover on Tuesday morning and invited people to guess whether she was having a boy or girl.
“I’m waiting to find out but would love to hear your thoughts,” she said.

The cover was released the same day John McEnroe said he would not apologizefor saying Williams would be ranked around No 700 in the world if she played in the men’s game. 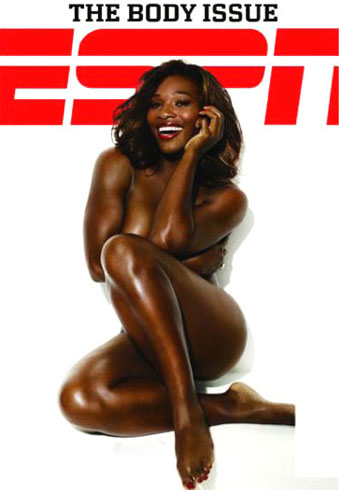 Williams told McEnroe to “respect me and my privacy as I’m trying to have a baby”.
Posted by DEVAPRIYA
Email ThisBlogThis!Share to TwitterShare to FacebookShare to Pinterest