arrival of  British settlers '
an invasion'
By RICHARD SHEARS FOR MAILONLINE
UPDATED: 17:14 GMT, 28 June 2011
For decades Aboriginal tribes have insisted the arrival of British settlers in Australia was an 'invasion' - and now councillors in Sydney have agreed that will be the official version.
In 1788 Britain sent the first 11 ships of what were to be 806 over the next 52 years to Australia, the original convoy being referred to as the First Fleet.
The Aborigines who had occupied the continent for up to 40,000 years stared in astonishment as the first vessels, packed with convicts, moored at what was to be Sydney. 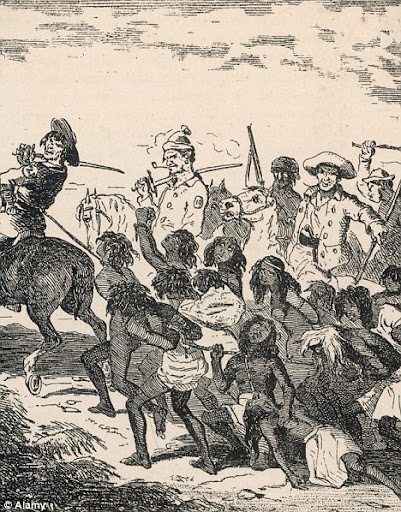 Murder: Aborigines are, in this picture, seen being murdered by convict immigrants in New South Wales
In modern times, the Aborigines have insisted their land was stolen by the 'white fellahs' and the arrival of the ships was an invasion of their country.
Now Sydney City Council, by a vote of 7-2, has become the first local authority to recognise that Britain did indeed invade Australia.
And the contentious description will be included in the 2030 city plan following intense lobbying from indigenous advisors.
The document will replace the words 'European arrival' with 'European invasion'. 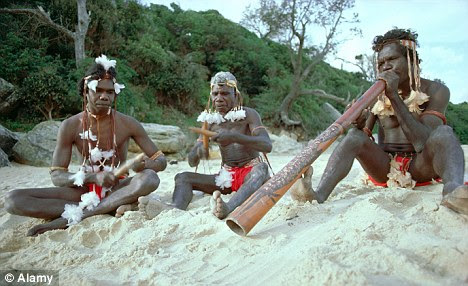 Stolen: Aborigines have always insisted their land was stolen 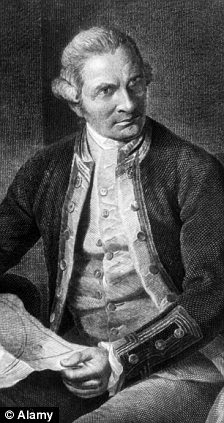 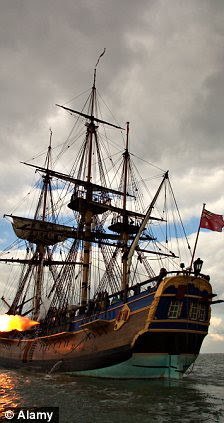 James Cook and his ship Endeavour - who claimed the eastern coast of Australia for the British Crown in 1770
It will tells of the 'devastating impact' to the local Eora tribe of the arrival of British settlers on the shores of Sydney Harbour 223 years ago, resulting in the 'occupation and appropriation of tradition lands.'
The documents add that 'despite the destructive impact of this invasion, Aboriginal culture endured and is now globally recognised as one of the world's oldest cultures.'

As the council debated the wording, some members objected fiercely to the word 'invasion' - an argument that was listened to by a large number of Aborigines sitting in the public gallery.
A spokeswoman for Lord Mayor Clover Moore said later that all councillors acknowledged the devastating impact European settlement had on the Aboriginal population.
'The Council of the City of Sydney recognised that, by acknowledging our shared past, we are laying the groundwork for a future which embraces all Australians - a future based on mutual respect and shared responsibility for our land.'
It is estimated that at least 1,500 Aborigines lived along the shores of what was to become Sydney at the time of white settlement - and half of them perished 10 years later in a smallpox epidemic.
The impact on the Aboriginal population did not end there.
Many were killed under a programme offering bounties for dead Aborigines and large numbers were forced into slavery for their 'white masters'.
Just 470,000 pure-blood Aborigines exist today in Australia, which has a population of 22 million.
The Sydney City Council's decision has been welcomed by Aboriginal leaders as as 'a victory for common sense'.
Paul Morris, head of the Metropolitan Local Aboriginal Land Council, said Jewish people would not accept a watered-down version of the Holocaust, so Aborigines should be able to call the events of 1788 an invasion.
He said: 'Other councils should now recognise this.
'The Jewish people and the native Americans, they wouldn't want the truth of their history watered down, so why should we?' 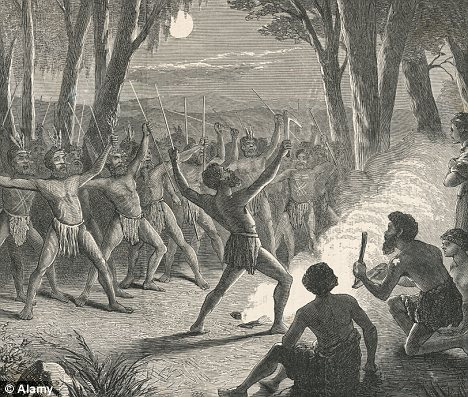 Delighted: Aborigines are happy that Australia has finally admitted that Britain invaded the country
- March 30, 2016
Email ThisBlogThis!Share to TwitterShare to FacebookShare to Pinterest