"The theory of invasion is an invention. This invention is necessary because of a gratuitous assumption that the Indo-Germanic people are the purest of the modern representation of the original Aryan race. The theory is perversion of scientific investigation. It is not allowed to evolve out of facts. On the contrary, the theory is preconceived and facts are selected to prove it. It falls to the ground at every point. '

Dr. Ambedkar concludes:
"The Vedas do not know any such race as the Aryan race.
There is no evidence in the Vedas of any invasion of India by the Aryan race and its having conquered the Dasas and Dasyus supposed to be the natives of India.
There is no evidence to show that the distinction between Aryans, Dasas and Dasyus was a racial distinction.
The Vedas do not support the contention that the Aryans were different in color from the Dasas and Dasyus....."
"If anthropometry is a science which can be depended upon to determine the race of a people...(then its) measurements establish that the Brahmins and the Untouchables belong to the same race. From this it follows that if the Brahmins are Aryans the Untouchables are also Aryans. If the Brahmins are Dravidians, the Untouchables are also Dravidians...."
Ambedkar was aware of the hold of this theory over the masses and scholars alike. He offered a succinct explanation.
"why the Aryan race theory is not dead because of the general insistence by European scholars that the word varna, means color and the acceptance of that view by a majority..."
"The British were visualized as being the last of the invaders in a chain beginning with the Aryans. He could clearly see the implications of such ill-founded hypotheses which colonial Indology imposed on India and which Indian scholars went on repeating ad nauseam.
(source: The Invasion That Never Was - By Michel Danino and Sujata Nahar and Dr. Babasaheb Ambedkar Writings and Speeches. Reprint of Pakistan or The Partition of India. Education Department. Government of Maharashtra 1990 Vol. 7 p.302) 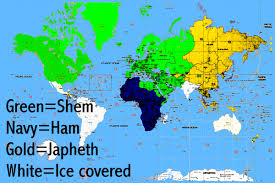 I’m a Brahmin & Congress’s general secretary: Rahul Gandhi to party - The Times of India
Sources said that Rahul's UP polls review saw leaders speaking of the need to fashion a "base…
TIMESOFINDIA.INDIATIMES.COM

Mr.Karge You have no problem with Sonia Who is of Italian Origin, but call fellow Indians as People from Outside.
Bible only gives a story that Biblical small god Lord Yahweh killed the Original Inhabitants - Sons of Soil and put on Abraham and his Sons in Israel. Have you ever condemned it Sir.
Posted by DEVAPRIYA
Email ThisBlogThis!Share to TwitterShare to FacebookShare to Pinterest