'I started at 10am and finished at midnight. Some men would laugh at me because I was crying'
http://www.independent.co.uk/news/world/americas/woman-raped-43200-times-speaks-out-about-mexicos-human-trafficking-rings-a6730436.html 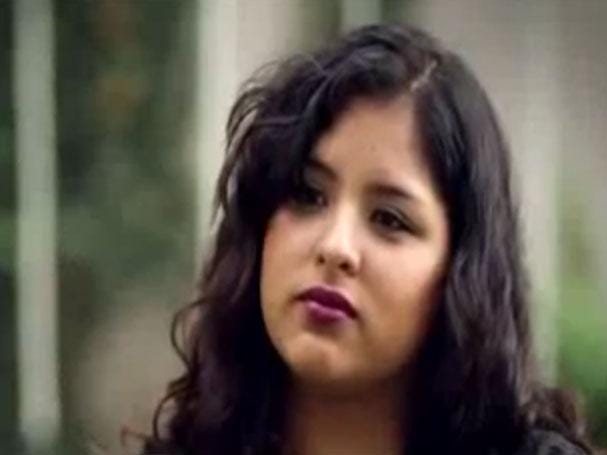 A woman who became coerced into Mexico’s lucrative human trafficking industry has spoken out about her torment at the hands of the country’s ruthless organised crime rings.

Karla Jacinto believes she has been raped around 43,200 times after being forced to sleep with at least 30 men every day for 4 years, CNN reports.
At 12, she recalls being targeted by a trafficker who lured her away from a dysfunctional home life with gifts, money and fast cars.
The 22-year-old trafficker convinced Ms Jacinto to leave with him to Tenancingo, a Mexican town in the state of Tlaxcala, known as a major centre for human trafficking rings and a common place for victims to be taken before being forced into prostitution.
Ms Jacinto told CNN she lived with her trafficker for three months before being taken to Guadalajara, one of Mexico’s largest cities, where she was forced to work as a prostitute.
"I started at 10am and finished at midnight,” said Ms Jacinto, “Some men would laugh at me because I was crying.”
“I had to close my eyes so that that I wouldn't see what they were doing to me, so that I wouldn't feel anything.”
Posted by DEVAPRIYA
Email ThisBlogThis!Share to TwitterShare to FacebookShare to Pinterest