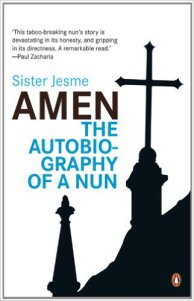 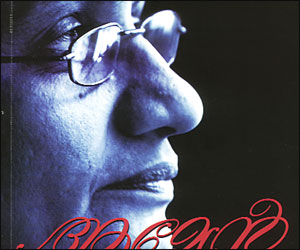 
Sister Jesme on why she wrote that controversial book Amen.

Over three decades ago, when she consigned herself to the nunnery, life seemed to have made a beautiful promise to Sister Jesme. Barely 17, she was convinced that her path was serving her Master as his bride. So with care, she chose her new name as a nun, Jesme by adding ‘me' (herself) to the first three letters (Jes) from Jesus's name.
Today, Sister Jesme (now 53) lives in a small flat in Kozhikode outside the walls of the Congregation of Mother of Carmel, her abode from the 1970s to mid-2007. She is an outcast from the church now due to her refusal to bow to set norms and never failing to ask why.
“Gradually, the breeze became a storm,” is how she puts it. Her family abandoned her; it hurt her then, she admits but reasons, “but they wanted to be within the community.”
Picking up her pen
After living in hiding for a while, she resolved to pick up the pen. The result was a Malayalam book that came out earlier this year and is now considered heretical or an eye-opener depending on the reader's perspective. The English version Amen: The Autobiography of a Nun , published by Penguin India, recently hit the stands.
In a telephone conversation, Sister Jesme is bright and breezy. “When I came out of CMC, I was desolate, but Jesus took care of me. Considering I served the Congregation for so long, it didn't give even a penny for my survival. But miraculously, just then I started getting my pension from the Government. A month before, the pension money would have been the Congregation's.”
Sister Jesme, a Masters in English Literature, taught in educational institutes run by the Congregation across Kerala, her last posting being Principal of the prestigious Amala College in Kerala. As the college is a Government–aided institution, she is entitled to a modest pension, which she says is, “enough to keep me going and help needy students.”
Amen is just 178 pages but what hits you is the frankness and sincerity of narration. At times, the reader may get tired of one detailed episode after another, but finally comes a realisation that each episode is a bead in a chain of events that finally prompted her to step out of the grey habit.
She accuses the Congregation of rampant corruption, “the huge chunk of money raised during admissions hardly goes though any accounting.” The infighting and viciousness of sisters come into the open. The victim has no succour.
Homosexuality seems to be a bane many young girls have to silently endure at the nunnery. Sister Jesme suffered it too. Yet another taboo she talks about is how a few church fathers force themselves sexually on nuns. She plucks out an episode from her life as an example.
Gender inequality
Above all, the book brings to fore an important point of gender inequality. While a nun has to wear only her habit, a father can choose to dress the way he likes. While a nun can't marry, a father can. “The nuns do menial jobs while fathers don't,” her list goes on.
With the Congregation not ready to answer her searching questions, Sister Jesme had to make a break. “Or else, I would have been declared insane. Appointments with various doctors were being fixed. What hurt most was the church calling me a sex worker.”
But she is not scared, she insists; although there is a flicker of fear when she says, “After I came out of the nunnery, I chose to wear a saffron sari. Those photographs were flashed in the local media. Fearing attack by fanatics, my friends and students brought salwar kameezes for me to wear. I couldn't go out of my place of hiding for sometime.” A few nuns and some fathers, she says, supported her but feared stepping out of the threshold of the church. “It is not easy you see,” she says softly.
But now Sister Jesme thinks Jesus chose her to do the needful. “My story had to be told. He chose me to let the world know the truth. I hope there will be a change for better.”
She wrote the book “also because it was important to declare that I can think coherently and am not insane as the Congregation alleged. I also wanted to show that my love for Jesus has not dwindled even after so much suffering.” She first wrote the book in English, but her local publisher, D.C. Books, wanted it in Malayalam. “My Malayalam is not so good enough, so a friend helped me.”
Today, Sister Jesme is thinking of her second book, a novel “about the struggle of a poor student I feel people should know”.
She also has “an offer from an award-winning Malayalam director” to turn Amen into a film. “I also talk about my experience as a nun in gender workshops.”
Posted by DEVAPRIYA
Email ThisBlogThis!Share to TwitterShare to FacebookShare to Pinterest