MANNA Tasted like with HONEY OR Olive Oil. Both TALES Are Lies

Posted on ஓகஸ்ட் 21, 2014by தேவப்ரியாஜி
Exodus 16 : 25 On Saturday, Moses told the people, “Today is the Sabbath, the special day of rest to honor the Lord. So none of you should be out in the fields. Eat the food you gathered yesterday. 26 You should gather the food for six days. But the seventh day of the week is a day of rest—so there will not be any of the special food on the ground.” 27 On Saturday, some of the people went out to gather some of the food, but they could not find any. 28 Then the Lord said to Moses, “How long will you people refuse to obey my commands and teachings?  29 Look, the Lord has made the Sabbath a day of rest for you. So on Friday he will give you enough food for two days. Then, on the Sabbath, each of you should sit down and relax. Stay where you are.” 30 So the people rested on the Sabbath. 31 The people called the special food “manna.” It was like small white coriander seeds and tasted like thin cakes made with honey. 32 Moses told the people what the Lord said: “Save a basket of this food for your descendants. Then they can see the food that I gave to you in the desert when I took you out of Egypt.” 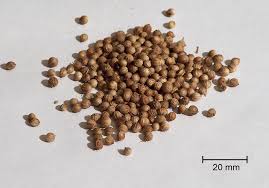 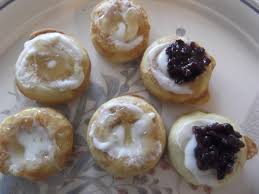 Numbers 11:4 The foreigners who had joined the Israelites began wanting other things to eat. Soon all the Israelites began complaining again. The people said, “We want to eat meat! 5 We remember the fish we ate in Egypt. That fish cost us nothing. We also had good vegetables like cucumbers, melons, chives, onions, and garlic. 6 But now we have lost our strength. We never eat anything—only this manna!” 7 (The manna was like small coriander seeds, and it looked like sap from a tree. 8 The people gathered the manna. Then they used rocks to crush it and cooked it in a pot. Or they ground it into flour and made thin cakes with it. The cakes tasted like sweet cakes cooked with olive oil. 9 The manna fell on the ground each night when the ground became wet with dew.)
https://youtube.googleapis.com/v/KKqG–7zFkA&source=uds

“Although there was no canonization of a complete tradition text until late 2nd century CE, no change was made in the basic structure of the Pentateuch and Historical books after the 3rd or 2nd Century BCE” . Pictorial Biblical Encyclopedia; Page -173.
//”The OT Genealogies are mostly the work of the Pentateuchal Priestly writer in the Persian Period from 6th to 4th Century BCE. .. Some such as Genesis Chapters 4-5 have parellels in Babylonian Literature”.// New Catholic Encyclopedia, Vol-6, Page 319

ttp://en.wikipedia.org/wiki/Jews
According to archaeologists, however, Israelite culture did not overtake the region, but rather grew out of Canaanite culture.
Posted by DEVAPRIYA
Email ThisBlogThis!Share to TwitterShare to FacebookShare to Pinterest