JESUS SAYS "thou Shall not Convert"

Jesus as per Gospel Tales sent his Disciples, to go to Only Jews, not to Samaritans and Non Jews(Who do not believe in Hebrew Bible tales).

Jesus expected that "Blessing of Son of Man"- World Ending would come even before Disciples make a round of Israel towns.

The Book Acts of Apostles gives Tales of Chuch growth and FEW years after the death of Jesus and Tales of Resustication ..
Paul's letter which was written around 15- 18 years later also confirm this, Peter avoided eathing with Non-Jews. ..
JESUS SAYS NO SAVAGE LAW OF MOSES CAN BE IGNORED

TALES in Acts says Paul circumcised Timothy
TALES in Acts says that Jerusalem Church asked Paul to follow Moses Laws and do Vows as per them, this is more than 20YEARS After Jesus death
Paul' conversion targets were Poor and Illiterate people who could be converted with meaningless tales.
Jesus did not do any Miracles or worthy wise talks as per Paul
Jesus did not only said not to deal with Samaritans and Non-Jews 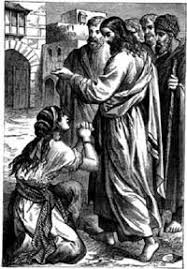 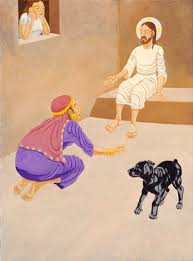 God knows everything to last count of Hair, stop Converting
JESUS did not Believe in God who made this world - Sun and Earth for all- but a Facist Agenda SAVAGE Hebrew tales of Chosen Land and believed that the "god of Israel" would bless "Chosen King(Christ)" in his life time; amd world would end

JESUS Superstitions ended in failure, lost all his hopes and died for his Sins hanging in a Stake Cried in Despair

JESUS was very clear - if one converts he gets Double Hell


JESUS- Says NEVER TO CONVERT- HE WAS A FUNDAMENTALIST RACIST JEW