Christian Residential School stops a Meritorious Student for Being Black and Lower Caste. 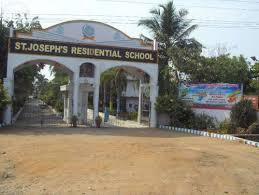 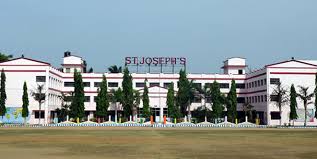 St.Joseph’s Residential School- Sriperumpudur STOPS STUDENT FROM Appearing exams as he was from lower caste and black. Mother fight in court and wrote exams. 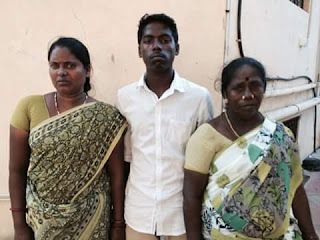 Arun Kumar is an academically brilliant 11th standard student of St. Joseph Residential School Sriperumbudur (founded by Rev. Fr. Dr. J.E.Arul Raj, and is run by the Society of DMI - Daughters of Mary Immaculate) in Kancheepuram district. He is also won several medals in sports (football, athletics, track and field) and prizes in extra-curricular activities like quiz and singing competitions. There are many such talented and achieving students these days, so what’s the big deal, one may ask?

What makes Arun Kumar’s achievements exceptional is the fact that he belongs to the Kattunayakar tribe (which is a scheduled tribe in Tamil Nadu). His parents, Kala and Kandiban have not had any schooling. Their family occupation is pig rearing.  Inspite of severe financial hardship, social backwardness and cultural marginalization faced by them, Arun’s parents have managed to send all their three children to school. After his father died two years back, his mother has been raising the children on her own.

Arun hails from a village near Mahabalipuram and had studied in the local government school till 5th standard. Recognising his potential, the then principal of this government school made him appear for a government scholarship examination at the Kancheepuram Collectorate office, which would enable him to get admitted to a prestigious school on government sponsorship. He scored 598 out of 600 in the said examination and was admitted to St. Joseph’s Residential School Sriperumbudur. The government has been sponsoring his education from 6th standard onwards till now.

Arun got A1 grade in 10th Board exams scoring 486 out of 500 (CBSE Board) and continued his studies there. In 11th standard, apart from old students, many new students also joined from different cities in India and abroad. Some boys came from Dubai and Saudi Arabia. They were rich, fair and looked down upon the local boys. Arun says these new boys would taunt him about his black colour and also made derogatory remarks about his caste. He and his friends objected to this. There appears to have been some tensions in the hostel between the old and new students.

In June 2015, Arun’s mother was called to school and informed that Arun was suspended from school for a week as he had seen 12th standard boys breaking a bench but had not reported them to the administration. He was made to write an apology letter saying he was involved in bench breaking and his mother had to pay a fine of Rs. 10,000/-. He was taken back in school only after a week.

After a few months, on Sept. 14th, 2015 he was again suspended, this time for fighting with a Dubai boy. Arun says that even though that boy along with his friends ragged him mercilessly about his caste and colour, he kept quiet. But when the Dubai boy called his (Arun’s) mother names, Arun got angry and slapped him.  He was not allowed to appear for the first term exam which began the next day. Instead he was kept locked up in a room for the whole day. His mother was summoned and he was sent home again for a week. But within two days, the school authorities rang up his mother and informed her that Arun had been dismissed from school.

Arun, his mother and other relatives visited the school and pleaded with them to forgive his alleged offence and let him study for the remaining term of this year. They made seven visits to the school to meet various school officials. But St. Joseph’s Residential School did not relent and kept insisting that they had dismissed him and asked the mother to take his TC (Transfer Certificate).  It is pertinent to note that no such dismissal has been communicated in writing so far.

However, the Principal St. Joseph’s Residential School wrote a letter dt. 28.09.2015 to the District Adi Dravidar and Tribal Welfare Officer Kancheepuram District stating therein,“….therefore we wish to state that the management is not interested in keeping such children in the school. It is recommended by the Chairman that he should be dismissed from the school. We kindly request your good self to make a note of this and His fees dues need not be paid and can be cancelled from your side”.

Left with no other option, Arun’s family sought legal recourse in the matter. Kala (Arun’s mother) filed a Writ Petition in the Madras High Court (WP No. 37481 of 2015 dt. 26.10.2015), praying that this recommendation for dismissal should not be accepted by the District Collector Kancheepuram and  The Adi Dravidar & Tribal Welfare Officer Kancheepuram District and that he should be allowed to continue Class XI and XII in the same school. A Miscellaneous Petition for allowing him to appear in practical and main (final) examination was also filed. The Madras High Court passed an order on 29.01.2016 directing St. Joseph’s Residential School to permit Arun Kumar to appear for practical and main examination. Further the District Collector and The Adi Dravidar & Tribal Welfare Officer have been directed to ensure continuation of his scholarship until further orders. This order seems to be in the nature of an interim order, with the matter being posted for final instructions after two weeks.

Arun Kumar’s family members again went to school with this order requesting them to allow Arun to appear for examinations. The school management turned him away once again using frivolous pretexts. The relatives organized a hunger strike in front of the school seeking justice. However, the school management used the local police to intimidate the protestors and chase them away. The school management is still refusing to honour the High Court order. The final examination for Class XI is fast approaching. This school has tentatively fixed it from 19.02.2016 onwards. This adamant attitude of the St. Joseph Residential School may cost Arun Kumar not just a year of his academic life but his entire future. Will we lose another brilliant all-rounder student, coming from a marginalized tribal community, due to such stubborn, egoistic, lethargic approach of our education institutions?
https://geetacharusivam.blogspot.com/2016/02/how-many-more-rohith-vemulas-must-we.html


Christian & Muslim Schools have gone for court - to stop Admitting Poor students under Right to Education.