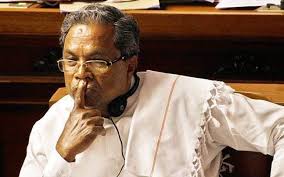 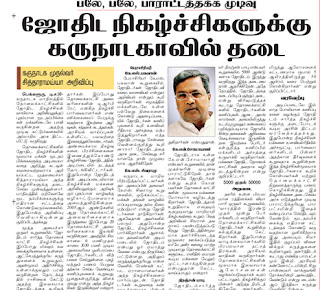 This has been done as Chief Minister Siddaramaiah believes that too much of superstition is being spread by the astrologers.

The Congress government in Karnataka is all set to ban astrology-based shows being telecast on regional Kannada TV channels, as Chief Minister Siddaramaiah believes that too much of superstition is being spread by the astrologers.

"Every TV channel wants to air astrology-based shows in Karnataka. In my home too, the scenario is no different. It is time we banned such shows," Siddaramaiah said in Bengaluru on Monday. The chief minister was speaking at a programme organised to felicitate a senior leader of the Dalits.
This is not for the first time that the Congress government has proposed imposition of a ban on astrologybased shows in Karnataka. 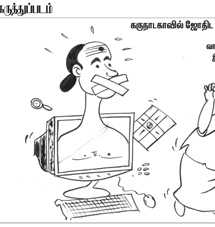 Though not an atheist, Siddaramaiah has been a critic of superstitious practices, including astrology. In Karnataka, all the leading TV channels have astrology based shows, which are aired at prime time. The shows enjoy high TRPs.