The Deepashram orphanage at Gurgaon — for mentally and physically challenged children — has found itself in a controversy after an Italian neurologist complained to the Vatican Embassy about sexual abuse of children at the home. The neurologist, Dr Franco, had worked as a volunteer at Deepashram, established by Mother Teresa in 1995, for six months a couple of years ago. Brothers Contemplative — the male wing of Missionaries of Charity — manages the home, which has 66 boys aged between 12 and 26.
Franco registered his complaint at the Apostolic Nunciature, Chanakyapuri. Second secretary of the Apostolic Nunciature, Father Tomasz Grysa, said they received the “communication from Dr Franco” in February this year. The case has been referred to the hierarchical superiors of the Missionaries of Charity Brothers, Father Grysa said. At the orphanage, volunteers did not rule out the possibility of sexual abuse of younger inmates by the older ones. Brother Benedict, a volunteer from Rome, said: “If any case of this kind is reported to us, the guilty boys are punished.”
Abdullah, a 15-year-old inmate, said it was “common” for the older boys to sodomise the younger boys at night when no one was on guard. He accused a 24-year-old of sodomising a 12-year-old. “Bahut se bachche yahan par ganda kaam karte hain,” he said. Brother Benedict and attendants dismissed the allegation. Abdullah was shifted from the children’s home at Majnu Ka Tila to Gurgaon as he was a troublemaker, Brother Benedict said.
Another volunteer at the orphanage, Dr Wanda Toso from San Raffele Hospital in Milan, told HT that Franco had also told her about child abuse at Deepashram. She, however, did not have any personal confirmation from the boys as she did not speak Hindi. “I have not been able to interact with the children,” Toso said.
Mother Teresa knew one of her favorite priests was removed from ministry for sexually abusing a Bay Area boy in 1993, and that she nevertheless urged his bosses to return him to work as soon as possible. The priest resumed active ministry, as well as his predatory habits. Eight additional complaints were lodged against him in the coming years by various families, leading to his eventual arrest on sex-abuse charges in 2005. 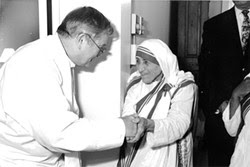 Click on the above image to download a PDF of the letters from John Hardon and the Missionaries of Charity.
The priest was Donald McGuire, a former Jesuit who has been convicted of molesting boys in federal and state courts and is serving a 25-year federal prison sentence. McGuire, now 81 years old, taught at the University of San Francisco in the late 1970s, and held frequent spiritual retreats for families in San Francisco and Walnut Creek throughout the 1980s and 1990s. He also ministered extensively to the Missionaries of Charity during that time.
McGuire was a high-flying Jesuit, an inspirational preacher whose conservative views matched her own. His association with Mother Teresa dated from 1981, when he was introduced to her by another leading Jesuit, John Hardon, an adviser to Cardinal Ratzinger who is also said to be considered saint material. McGuire went on to become a confessor and spiritual director to Mother Teresa’s religious order. Her successor Sister Nirmala described him in a letter submitted on his behalf to the court as “was one of the very few priests to whom …[Mother Teresa] entrusted the spiritual care of the Missionaries of Charity.”
Yet all the while, he was known (or at least strongly suspected) by senior figures in the Roman Catholic Church to be a serial abuser of young boys in his care. When he was finally brought to trial in 2006, evidence was presented of abuse going back over three decades – most of which had ignored or brushed aside by his superiors. Finally, in 2009 he was sentenced to 25 years in prison following a second conviction for child rape. The Society of Jesus is still fighting legal moves by his victims to obtain compensation.
In 1993, McGuire was temporarily suspended after being accused of inappropriate behaviour with a 16 year old boy and sent on a course of psychiatric treatment. This might have ended his ministry had not his powerful supporters intervened. Hardon seems to have been convinced of his innocence of the more serious allegations (though he accepted that McGuire’s admitted conduct — such as sharing pornography and showers with the boy — had been “highly imprudent”) and reassured him that his work with Mother Teresa’s order could continue.
Hitherto there has been no suggestion that Mother Teresa herself knew of the suspicions about McGuire. But a letter in her name — and very probably written by her — has now emerged. In it, she acknowledges the “grave” nature of the child-abuse scandal and stresses “how careful we must be to guard the purity and reputation of that priesthood”. The letter goes on to assert Mother Teresa’s own “confidence and trust in Fr. McGuire” and states that she wishes to see “his vital ministry resume as soon as possible.” And indeed his ministry — and abuse of children — resumed soon afterwards.
Mother Teresa’s influence, of course, was considerable if not in itself decisive. Patrick Wall, a lawyer and former Benedictine monk who has represented many victims of priestly abuse, is quoted as saying that “We’re talking about extremely powerful people who could have gotten Father McGuire off the streets in 1994… I’m thinking of all those kids who could have been saved.”
The letter perhaps reveals little more than naivety on Mother Teresa’s part: she had been persuaded by Hardon, who had himself been duped by the plausible and manipulative Fr McGuire, that he deserved a second chance. But it also demonstrates how lightly serious allegations of child abuse were still being treated by the Catholic authorities as recently as the mid 1990s, especially when the alleged abuser was prominent and theologically sound. Teresa herself, to judge by her words, seems to have been much less concerned about the need to protect children from paedophile clergy than with preserving the “purity and reputation” of the church and the priesthood. Scarcely the stuff of which saints are (or should be) made.
Source: http://bit.ly/1GFUxjF
- December 30, 2015
Email ThisBlogThis!Share to TwitterShare to FacebookShare to Pinterest 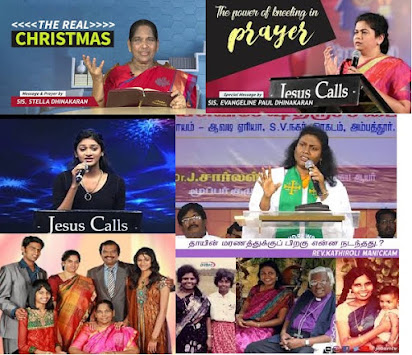 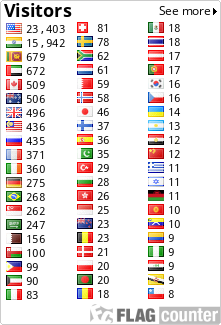