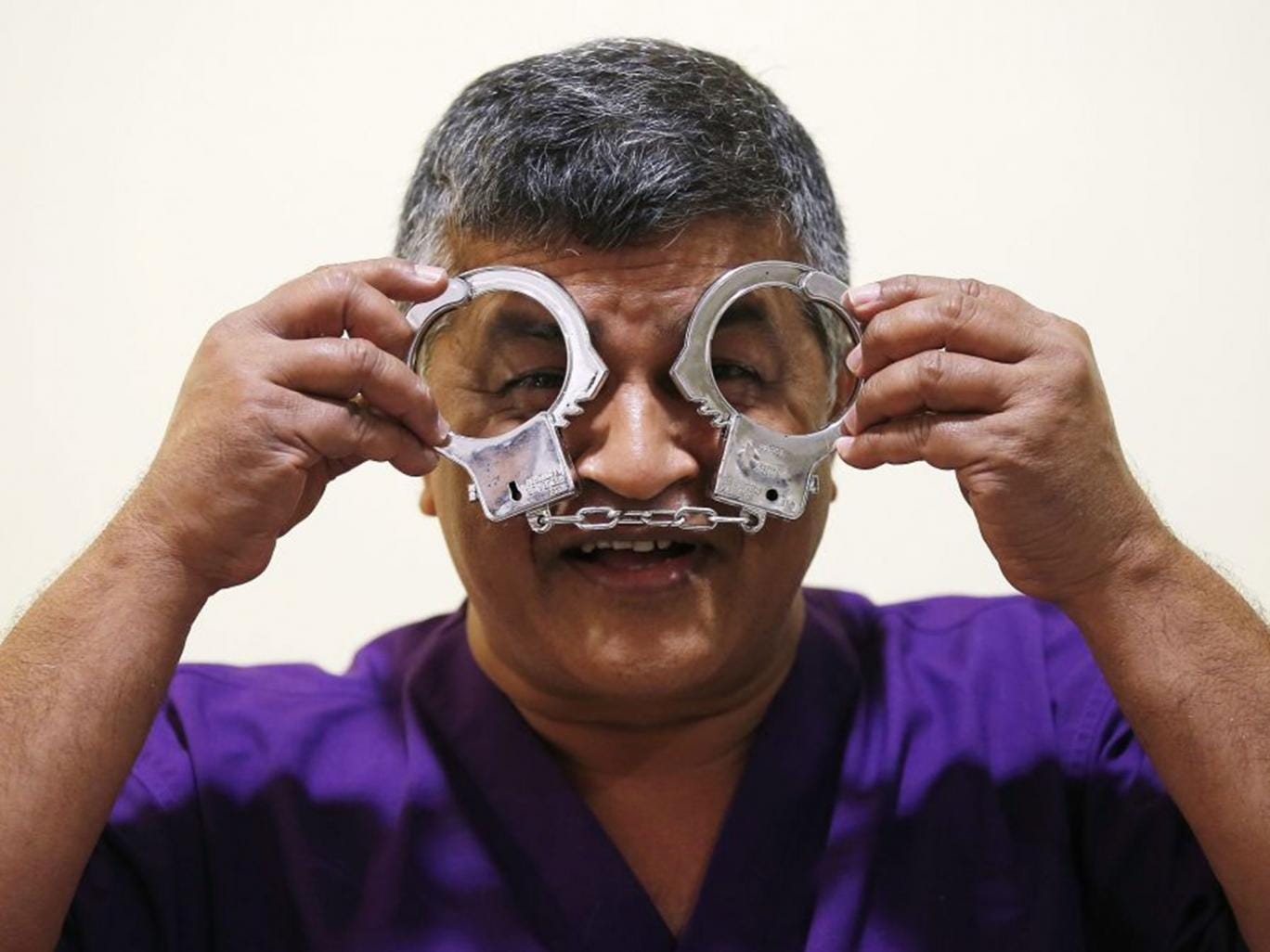 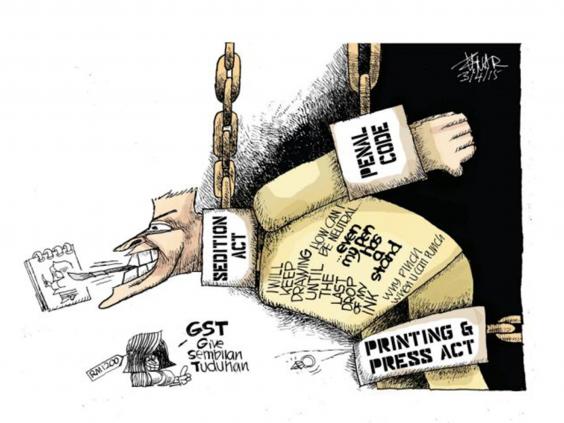 Zunar can only publish his work online because no newspaper in his country will dare to publish his work
Discussing his plight with Australia’s News.com, Mr Ulhaque said: “Everything the [government] does is for one motive, for me to stop drawing… But I still draw. I will draw more. If you see me now I draw more characters since my detention.”
“I would say to the government: ‘Please change before people change you’. It’s simple. If they think they can stop me they are wrong. They can ban my books, they can ban my cartoons but they cannot ban my mind,” he added. 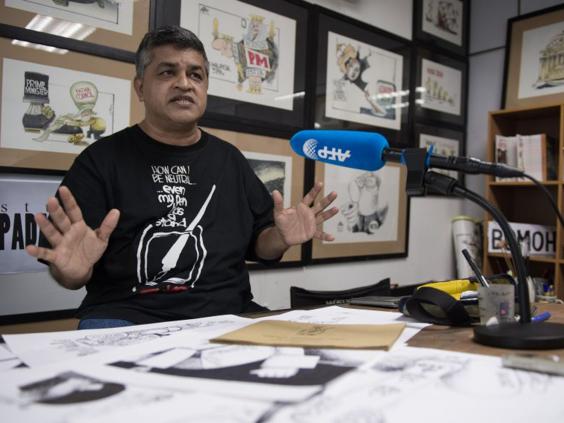 Zunar remains defiant saying that although his physical freedom is in jeopardy, the Malaysian government will never be able stop his mind
Mr Ulhaque says his refusal to back-down stems from his feeling his ability to draw is a gift and he has a responsibility “as a Malaysian and as a human being to stand up to a corrupt regime”.
The cartoonist was first arrested in February when his books were banned on the grounds they are “detrimental to public order”. His office was raided by government officials and several businesses that specialise in printing, publishing and selling his works were subjected to harassment.

Mr Ulhaque was later charged over the tweets and drawings, with the court date set for January 27. Although he doesn’t hold out much hope that he will be released, the cartoonist has received support from a number of public figures, including the Chinese dissident artist Ai Weiwei.
Prime Minister Najib Razak has been in charge of Malaysia since 2009 and has spent much of the last six years silencing his critics by subjecting them to lengthy prison sentences.
Posted by DEVAPRIYA
Email ThisBlogThis!Share to TwitterShare to FacebookShare to Pinterest