On the eve of his visit to the United States, Pope Francis blasted religious institutions who are exploiting tax loopholes to make money instead of helping the needy.

In an interview with a Portuguese Catholic broadcaster, the Pope discussed the need for Christians to fight the temptation of the ‘God of money’, into which many religious institutions often fall. He then called out those institutions that have opted to enter into the hospitality industry while exploiting a legal loophole to keep from paying taxes on their business enterprise operating under the guise of doing “God’s work.”

“Some religious orders say ‘No, now that the convent is empty we are going to make a hotel and we can have guests, and support ourselves that way, or make money.’ Well, if that is what you want to do, then pay taxes! A religious school is tax-exempt because it is religious, but if it is functioning as a hotel, then it should pay taxes just like its neighbor. Otherwise it is not fair business.”

This statement from the leader of the Catholic Church is part of his continuing call for the Church to set an example and create change in what he has continuously referred to as a “bad and unjust economic system,” that continues to maximize profits at the expense of the masses.


In Italy, which the Pope is using as a litmus test for the rest of the world, the Church owns more than 100,000 buildings with an estimated worth exceeding $10 billion. In 2013 the Italian Church started paying taxes on those facilities which are solely commercial, but still avoid taxation on any building that contains a chapel.
In America, it is estimated that churches would generate $83.5 billion in annual tax revenue if the exemption was lifted on their $600 billion in untaxed properties. 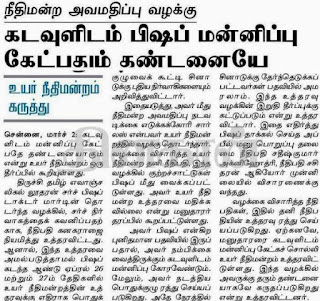 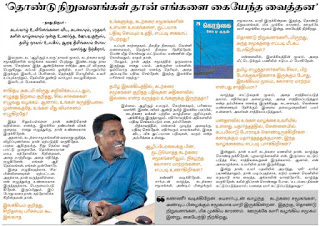 James Woods ( AKA – JamesFromTheInternet) is an independent journalist based in New York City who can be reached on twitter @JamesFTInternet or via email: jamesftinternet@gmail.com
Posted by DEVAPRIYA
Email ThisBlogThis!Share to TwitterShare to FacebookShare to Pinterest