Jesus Not "Only Begotten Son" in Original Greek Gospel

Christians are proudly quoting John gospel and claim Jesus is the "Only Begotten Son" from English and other Translations. 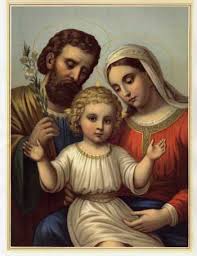 Jesus the man was dead in 30CE, the first gospel was made in 70-75 CE, called Mark. Matthew and Luke follows Mark and so called Synoptic Gospels.
Gospel of John - 4th Gospel as per Church tradition written during the regime of Roman King Trojan (98-117) so clearly this Gospel is from early 2nd century the most minimum.

John uses the Phrase - μονογενὴς Monogenes.
Monos means One- or Single & Genes means kind or such.
While merging both you get One-such which would become SPECIAL Or Unique and not Only Begotten Son.

Latin Vulgate- instead of Translating it as Unique made it Ungentius for infighting of the Church.
The above illumination is based upon the work of a scholar of international repute, Dr. Raymond Brown. It informs us that the innovated concept of Jesus being the “only begotten son”of the Father was developed in the fourth century. It was injected by Jerome into the Latin Bible to refute the claims made by Bishop Arius (d. 336) and his associates that Father alone was really God and Jesus was made (created) and not begotten. For further information it is suggested to read the detailed text written by Dr. Brown in the ‘Anchor Bible’ Volume 29, ‘The Gospel according to John (i)’, published by Doubleday Inc., Garden City, N.Y. (1966), p. 13-14. Apostle John had acknowledged Jesus to be an ”unique son” of God but not the“only begotten son” of God. It is quite understandable that since Jesus was born to Virgin Mary he was indeed unlike others and therefore unique. However, in that respect Adam the son of God (Lk. 3: 38), was more unique being born without a father and a mother.

Can you trust Gospel - Each tell differently -Why?
If we had only Mark's Gospel we should infer that Jesus ministry was located in Galilee with one first and final visit to Jerusalem, and that the Galilean ministry began after John the Baptist was imprisoned. The IVth Gospel takes a different view. Here the scene shifts backwards and forwards between Galilee and Judea during the first 6 chapters. From Chapter-7 onwards the scene is laid wholly in Judea and Jerusalem. Moreover, St.John explicitly states that Jesus was active in Judea and Jerusalem before the Baptist was imprisoned, for John was not yet cast in Prison (Jn 3:24)
Page-45, Words and Works of Jesus, A.M.Hunter.
Dr. C.J. Cadoux, who was Mackennal Professor of Church History at Oxford, thus sums up the conclusions of eminent Biblical scholas regarding the nature and composition of this Gospel: “The speeches in the Fourth Gospel (even apart from the early messianic claim) are so different from those in the Syoptics, and so like the comments of the Fourth Evangelist both cannot be equally reliable as records of what Jesus said : Literary veracity in ancient times did forbid, as it does now, the assingment of fictitious speeches to historical characters:the best ancient historians made a practice of and assigning such speeches in this way.”

I give the Current Position of Biblical Theologians summarised by American Scholar Professor John Hick, sums up the current position of Theological research as follows:
Quote: “The weight and extent of the strain under which Christian Belief has come can be indicated by listing aspects of Traditional Theology which are, which are in the opinion of many Theologians today [including myself], either untenable ot open to Serious Doubts.
1. There are divinely revealed truths [such as the doctrines of Trinity or the two natures of Christ]
2. God Created the physical Universe out of nothing “n’ years ago.
3. Man was created originally brought into the existence as a finitely perfect being, but rebelled against God, and the human condition has ever since been that of creatures who have fallen from grace.
4. Christ come to rescue man from his fallen plight, buying man’ [or some men’s] restoration to grace by his death on the cross.
5. Jesus was born of a Virgin mother, without human Patenity.
6. He performed miracles in which the regularities of the natural order were suspended by Divine Power.
7. His Dead Body rose from the Grave and Returned to Earthy Life.
8. All men must respond to God through Jesus Christ in order to be saved.
9. AT Death a person’s relationship to God is irrevocably fixed.
10. There are two human destinies, traditionally referred to under the symbols of Heaven and Hell. “ “God and the Universe of Faiths”- John Hick,Formerly Professor of Philosophy of Religion, Claremont Graduate School. California Published by Macmillan 1998.

- September 19, 2015
Email ThisBlogThis!Share to TwitterShare to FacebookShare to Pinterest