Tirukural is one of the most famous and highly translated works of Tamil, dated to 3rd Century by Scholars. Thiruvalluvar has extensively used Sanskrit, Pali and Pragrit quotes to compile Kural, and was always taken as Brahmin, and when Indian Government wanted a Portrait of Thiruvalluvar for making Coin, in the Tamilnadu assembly the then Chief minister said that as Many Tamil Scholars felt the Brahmin Valluvar must be made Secular and hence a Shawl type shawl was put in top so that picture need not show Sacred Thread- Puunal.

All this started with this- Rev.G.U.Pope who translated Kural bluffed in his Introduction- “Thiruvalluvar worked hard to acquire knowledge by all means. Whenever a ship anchors in Mylapore coast, Valluvar’s ‘Captain’ friend would send him message about the arrival of new visitors including foreigners. Many foreigners could have travelled in his friend’s vessel and landed in Mylapore via Sri Lanka. Within me I see the picture of Thiruvalluvar talking with the Christians gathering information and knowledge. He has gathered a lot of Christian theories in general and the minute details of Alexandrian principles in particular and incorporated them in his Thirukkural. The philosophy of Christian theories from the Church situated near Valluvar’s place is present clearly in Thirukkural. Thiruvalluvar lived between 800 AD and 1000 AD. The Christian Biblical works were certainly an evidence for Valluvar’s Thirukkural. He was certainly inspired by the Bible.”

In 1886, G.U.Pope did not have- so called St.Thomas coming to India, and Thiruvalluvar getting Ideas from St.Thomas Christians- so he used the Mylapur living and getting Christians sources from Sailors from Foriegn Ships.

Thriukural in its First Chapter "Kadavul Vaazththu(In Praise of God) does not use any name of God, though Thikural uses several God names in 27 or more Kurals. This became easy for Forgers as Archbishop Arulappaa, Devaneya Pavanar, Deivanayagam etc., in Tamilnadu.
Santhome church team worked to give wrong Christian meanings to Kural to interpret in a Christian way, and books were published from 1969 - first book being"Thiruvalluvar Christuvaraa?" with a foreword from then Chiefminister M.Karunanithi. In this Church funded book- Author says Kural is a small stone from the Mountain of Bible" and true researcher must acknowledge the truth that Kural was copied from Bible.
Santhome church published many similar books with the supporting DMK Mr.M.Karunanithi government, though there was protests from many scholars.

க
Archbishop himself published book on Thirukural and even went on to write a 1000+ pages commentary to Thirukural.

Archbishop Arulappaa, Pavanar and Deivanayagam team wanted more, to prove for centuries Thirukural was known only as Christian Literuature and found one Ganesh Iyer- who was paid in Lakhs to Forge Old Manuscripts. Ganesh Iyer was given the name "Acharya Paul Ganesh", Archbishop gave him his Car, a passport with address of residence as Archbishop's official residence and went on a world tour including Vatican.
Church officials below Archbishop who did not like this Church Forgery - Filed a Case against Acharya Paul Ganesh Iyer as cheating Church- was convicted him for 10 months Imprisonment.

The police case was complete. On April 29, 1980, Iyer was arrested and placed under remand, while prosecution proceedings were instituted under sections 419 (cheating by impersonation), 420 (cheating and dishonestly inducing delivery of property), 465 (forgery), 471 (using as genuine a forged document), 473 (making and possessing counterfeit seals with intent to commit forgery) of the Indian Penal Code and under section 12-B of the Indian Passports Act (obtaining a passport supplying false information).

Archbishop Arulappa testified against Iyer before the court. Iyer initially pleaded innocence, but later admitted to the fraud on all counts. He prayed that in view of his advancing age and critical family circumstances, he be shown leniency.


On February 6, 1986, P. Aruvudayappan, second metropolitan magistrate, Madras, delivered his judgment in case number 100087/82: “Taking advantage of the soft attitudes of public witnesses 2 and 3 (Father Mariadas and Father Arulappa),” he averred, “the defendant (Ganesh Iyer) had taken from them about Rs. 13.5 lakhs between 1975 and 1980. This has been clearly established. Taking into consideration the nature of the offenses, the defendant is being held guilty under various sections of the I.P.C. and has to undergo 10 months imprisonment and 5 month’s rigorous imprisonment under section 12-B of the Indian Passports Act. These sentences are to run concurrently. He had been arrested on April 29, 1980 and let off on bail on June 27, 1980. These 59 days of imprisonment are to be deducted from the total sentence as required under section 428 of the code of criminal procedure.”
What is even more curious is that even as criminal proceedings against Iyer were in progress in the magistrate’s court, a civil suit for a compromise had been filed in the Madras high court. The compromise decree was taken up immediately after the conclusion of the criminal case. Since Iyer had admitted the offense, his jail term was reduced to a mere two months imprisonment. And since he had already served 59 days of remand, this period was adjusted against the sentence.
In other words, Iyer, who had defrauded the archbishop to the tune of about Rs. 14 lakhs, was let off without any further punishment. He was ordered to forfeit all claim on the money given to him by the archbishop. Accordingly, the ornaments and money seized from him by the police were returned to the archbishop. As part of the compromise, Iyer was allowed to retain the large bungalow he had purchased with the archbishop’s money.
“I agreed to this compromise because there was nothing else I could do,” says Iyer. His viewpoint in understandable. For, going by the lower court’s verdict, he would have not only had to serve 5 months of rigorous imprisonment, but would have automatically had to forfeit all his properties including the house. Why the archbishop agreed to the compromise is not understandable.
As the case was going - Arch Bishop formed "Tamil Christian Research Department" in Madras University with 100% Church funding - and now many P.Hd. are given to promote Thirukural as Christian book, and the effects of St.Thoms Preaching Christianity over Tamil Society.

When Tamil Scholars and Hindus protested Arch Bishop Chinnapppa who in normal Catholic tradition remains as Archbishop till death was Retired due to poor health, to avoid further publicities.(No other intermediate Archbishops retired at all)
But what is the source for St.Thomas Traditions- Acts of Thomas - a 3rd century book and what Vatican say about this book.

Holy see’s Publisher “Burn Oates & Wash BouRne Ltd” has Published Multi Volume “Butler’s Lives of Saints” Edited by Rev.Alban Butler (with Nihil Obstat & Imprimatur from Two Archbishop for its Doctrinal Acceptance) says   -   “.. the Syrian Greek who was probably the fabricator of the Storywould have been able to learn from Traders and Travelers such details as the name Gondophorus with Tropical details.”. Pages 213-218, in Volume December.
The Authors have gone through all the major works of the claims of St.Thomas Indian visit claims and one of the highly acclaimed work of ‘The Early Spread of Christianity in India’- Alfred Mingana connected this with Apostle Thomas visit claims and clearly affirms-“It is likely enough that the Malabar Coast was Evangelized from Edessa at a Later date, and in the course of time a confused tradition connected this with Apostle Thomas himself.”

What Chruch says about ACTA THOMAE?- in St. Thomas Christian Encyclopaedia, ed. George Menachery in which Article -The Acts of Thomas- by Rev.Anthony Poathoor.– “The Acts of Thomas in its present form contains many Doctrinal Errors. Some Historians conclude that The Acts of Thomas is the work of an unknown heretic who made use of the Authority to support his own Theological Opinions. Some Other Authors have suggested that the present work is the corrupted form of an older Orthodox version. In the view of former, We can hardly call the text interpolated, because the additions increase nearly Ten-fold to the Original Text. There is no doubt that the present Acts of Thomas is unacceptable from the Doctrinal point of View”.

ACTS OF THOMAS- WHAT Does it say, where did St.Thomas
The Ninth Act: of the Wife of Charisius.87 And when the apostle had said these things in the hearing of all the multitude, they trode and pressed upon one another: and the wife of Charisius the king’s kinsman Ieapt out of her chair and cast herself on the earth before the apostle, and caught his feet and besought and said: O disciple of the living God, Thou Art Come Into A Desert Country, For We Live In The Desert;  BASED ON A BOOK WHOSE Historic value is Zero- Santhome church made great forgeries and ended up in court and cutting a sorry shape.Now Kerala Church supported scholars - Are they doing the same thing? Why should KCHR Chief say " “Democratic Archaeology”–in which the local people would be part of the excavation. In other words, archaeologists and ASI need not interfere in excavations since guidelines and diggings shall be by ‘People’s Democracy’."

ALL SITES OF KCHR-PATTANAM must be handed over to ASI and even all the existing trenches must be checked for remains of the so-called earlier findings.
Further Excavations must be done by ASI Only.


Till a City type huge Port with its infrastructure are found by ASI, using of name Muzuris must be banned

- September 10, 2015
Email ThisBlogThis!Share to TwitterShare to FacebookShare to Pinterest 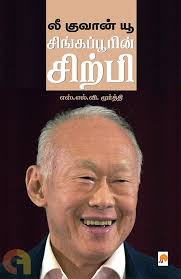