Respect to place of work will not offend secularism: HC
Chennai: Observing that Ayudha pooja is referable to reverence or respect given to objects through which a person performs his occupation, the Madras High Court has held that "showing respect to the place of work and the objects of work will in no way offend the feeling of others or offend secularism".
Dismissing a PIL, a division bench of justices R Sudhakar and Aruna Jagadeesan of the Madurai bench said an individual showing respect to his occupational tools could not be said to offend the secular nature of the State."Ayudha puja is referable to prayer, reverence or respect given to objects through which an individual performs his profession or occupation. Ayudha puja in its real terms transcends all religion," the bench said. Petitioner S P Muthuraman had sought a direction to the Tamil Nadu government to prohibit all religious activities such as Ayudha puja and Saraswati puja within the precincts of government offices, and referred to representations made by him and also a 1993 government order and an April 22, 2010 government circular.Justice Sudhakar, who wrote the judgement, observed, "Irrespective of religion, Ayudha puja is a reverence shown by cobblers, weavers, farmers, autorickshaw drivers, rickshaw pullers, carpenters, shopkeepers, chartered accountants, advocates, doctors, housewives, drivers, etc to objects whichthey use to earn their livelihood."Similarly, Saraswati puja is referable to showing respect to education, knowledge and the script."
- July 16, 2022
Email ThisBlogThis!Share to TwitterShare to FacebookShare to Pinterest 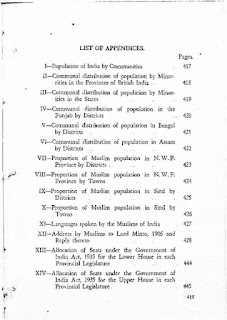